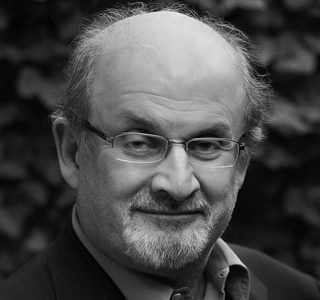 Salman Rushdie is the author of seventeen books, including Midnight’s Children, which won the Booker Prize in 1981, the ‘Booker of Bookers’ in 1993, and, in 2008, the ‘Best of the Booker.’ In2007, he was awarded a Knighthood for services to literature. He is a Fellow of the Royal Society of Literature and a Commandeur de l’Ordre des Arts et des Lettres. His most recent novel is Two Years Eight Months and Twenty-Eight Nights.